This was an especially crazy week for the Bachelor (and for the US). Corinne continued to be the perfect Bachelor villain or just very drunk, it’s too early to differentiate. We heard Liz repeat the same soundbite about her and Nick hooking up at Jade and Tanner’s wedding after every commercial break, and when Nick finally reveals the truth about their relationship on the group date we get hit with a “to be continued…”

Let’s see what people are talking about:

Timeline notes provided by my dad. His complete detailed minute by minute notes are here.

This week I wanted to look at location data. About 1% of the tweets I pulled had full location data, so to look at a bigger set I extracted state information from the user location description. Since the location description is freeform text I had to do some extra work to extract usable data. I made a dictionary of state names, abbreviations, and big unambiguous cities (no Springfields or Auburns) that mapped to each state. After this process I ended up with location data for a little over 50% of tweets. And then I made a ton of maps.

NOTE: This is not a random sample, if the other 50% of tweets had extractable locations it could completely change these maps. There are also not as many west coast tweeters in the time I collect tweets, so that influences the numbers. 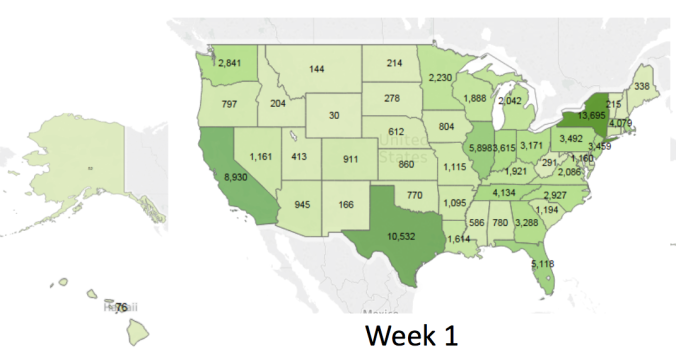 In the above two visualizations states in the south, particularly Alabama and South Carolina, have some of the most dramatic decreases from week 1 to week 2. These numbers could have been affected by the CFP National Championship that also aired at 8pm est, the two teams playing were Alabama and Clemson. 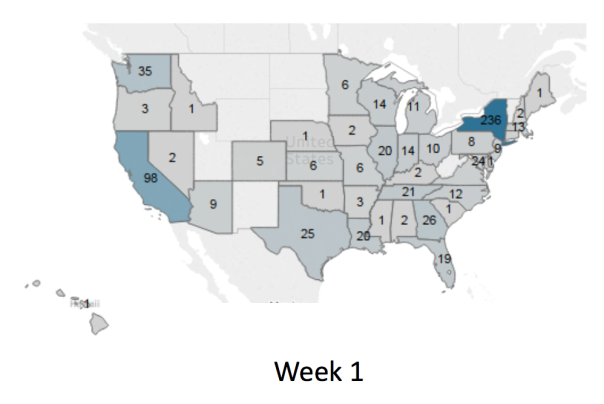 Most Talked about Contestant 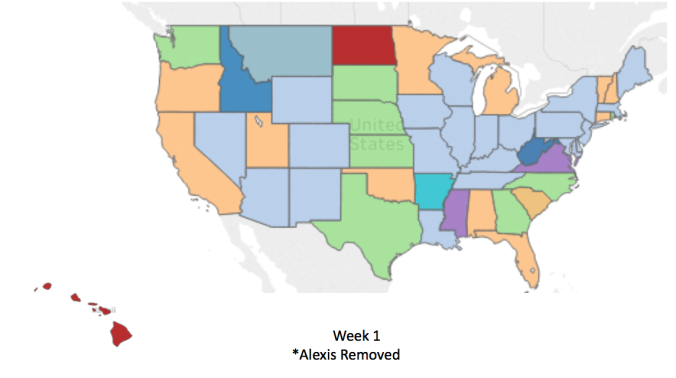 Contestants with prominent story lines were excluded from analysis.

I spent a lot of time last week looking at people were saying about the women, this week I wanted to look at what people are saying about Nick. Almost none of it was flattering. I’m still a fan of Nick, but for one reason or another (producers) he is making some questionable decisions.

Last week I used nGram to pull out popular phrases about the top women. This works well when everyone is saying similar things because it just uses frequency. People were saying a lot of different things about Nick, and I had some ideas about the topics, but I wasn’t quite sure where to start. With a term frequency method some of the smaller topics (still 300-500) tweets would have gotten buried, and I would have never gotten to read all of the tweets about Nick’s camo button down.

To find out the kinds of things people are saying about Nick, I used LDA (Latent Dirichlet Allocation) to pull out popular topics. Here are some of the more well-defined topics that came out of the analysis and a few tweets that summarize each topic:

Nick and the Boob Hold:

Liz and Nick, the perfect drinking game to blackout:

So all of this criticism brings up the point, would Luke have been better bachelor? There are a lot of people who think so:

I assumed that these people would be more focused in the south, but they are pretty spread out across the country with a huge hub in Texas. The below map shows the breakdown of tweets about Luke by state (retweets included).

We’ll see if Nick wins over the naysayers in weeks to come.

A few of the women have won over the haters this week: 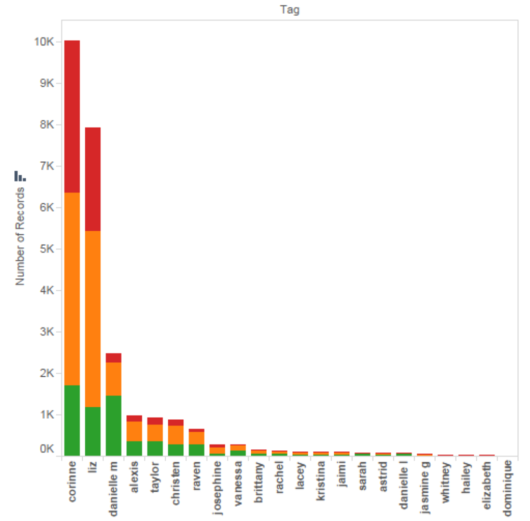 Raven, Taylor, and Christen have really come up in the sentiment rankings. Danielle M is still a fan favorite, Corinne and Liz are still very hated, and we didn’t see much of anyone else this week.

Just a note, the next two episodes will have a combined analysis because I’ll be out of the country next week, hopefully I don’t miss the chance to watch The Most Dramatic Episode Ever live, but with the Liz drama probably wrapping up this week I think I’m safe.